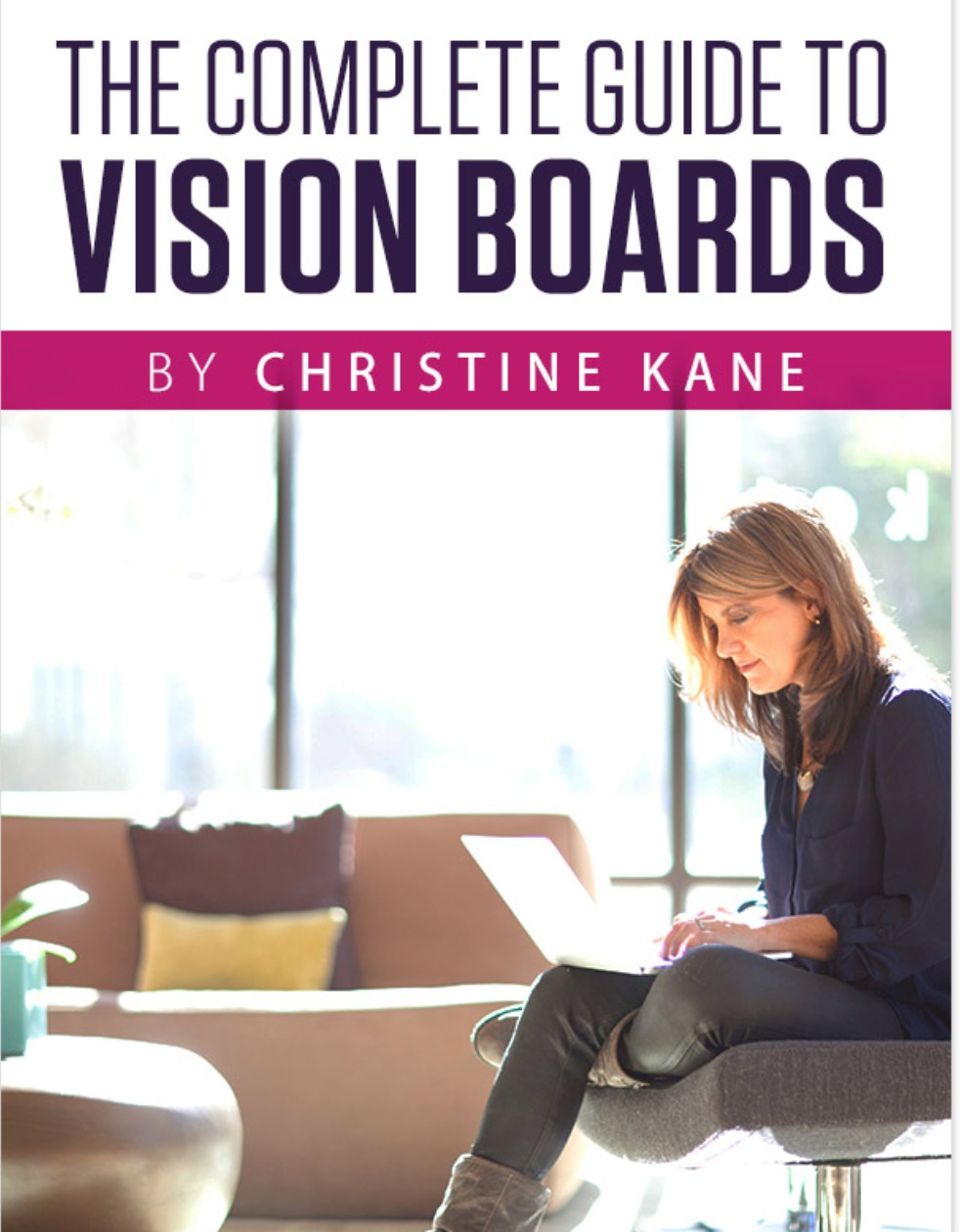 Is there more for you?

Are you tired of your corporate job? Do you regret quitting your career when you had kids, because you’ve been out of the work force for so long? Do your wonder what’s next for you?

In today’s episode I interview my friend and mentor Christine Kane.

Christine helps people break through their fears and build wildly successful businesses from their dreams.

Christine is gifting you with, “The Complete Guide to Vision Boards,” which will help you tap into the power of intention. (link below)

Before Christine Kane founded what became a multi-million dollar business-coaching company, she enjoyed fifteen years in the music industry, producing seven CD’s and a DVD on her own label, and selling more than 100,000 copies. She won a Telly Award and performed with none other than John Mayer, The Beach Boys, Los Lobos, Nanci Griffith, and Shawn Colvin, among many other luminaries.

Her extraordinary success as a singer-songwriter had fellow artists, entrepreneurs, and fans asking how she did it while staying true to her art and herself. Those backstage questions turned into weekend retreats and set her on a new path.

In 2010, Kane opened Uplevel You, a company that speaks directly to the ever-growing class of sensitive, idea-driven, aggression-averse entrepreneurs (a class she counts herself a member of). After just over a year, her revenues catapulted over $1 million.

Among her early business successes was her self-published e-book, The Complete Guide to Vision Boards: The Ultimate Starter Kit to Get Wildly Clear and Create the Life of Your Dreams, which quickly became an Amazon best-seller and has exceeded over 75,000 downloads to date.

Today, Kane leads a small yet mighty team at Uplevel World Headquarters in Asheville, North Carolina. Her openness and humor online, on stage, and in writing are what first attract her clients (or her “peeps,” as she calls them) to her and her approach to business. They become devoted followers and enthusiastic advocates because what she teaches works – their lifestyles and bank accounts prove it. Her first book will be published in November 2020.

Check out The Soul-Sourced Entrepreneur: An Unconventional Success Plan for the Highly Creative, Secretly Sensitive, and Wildly Ambitious which will be released November 2020.

Sign up below to receive my weekly ezine Power Your Parenting and the first chapter from my forthcoming book, Dial Down the Drama.

I took a personal writing retreat in Asheville. Ch